THE DEVELOPMENT ACTIVITY IN THE RETAIL MARKET REMAINS ANIMATED; OVER 230,000 SQ. M OF RETAIL SPACES ARE PLANNED TO BE DELIVERED IN 2023, THE HIGHEST LEVEL OF THE LAST SIX YEARS

THE EMBASSY OF THE KINGDOM OF SAUDI ARABIA (KSA) RELOCATES ITS OFFICIAL HEADQUARTERS IN A LANDMARK LOCATION ON DOROBANTI BLVD. 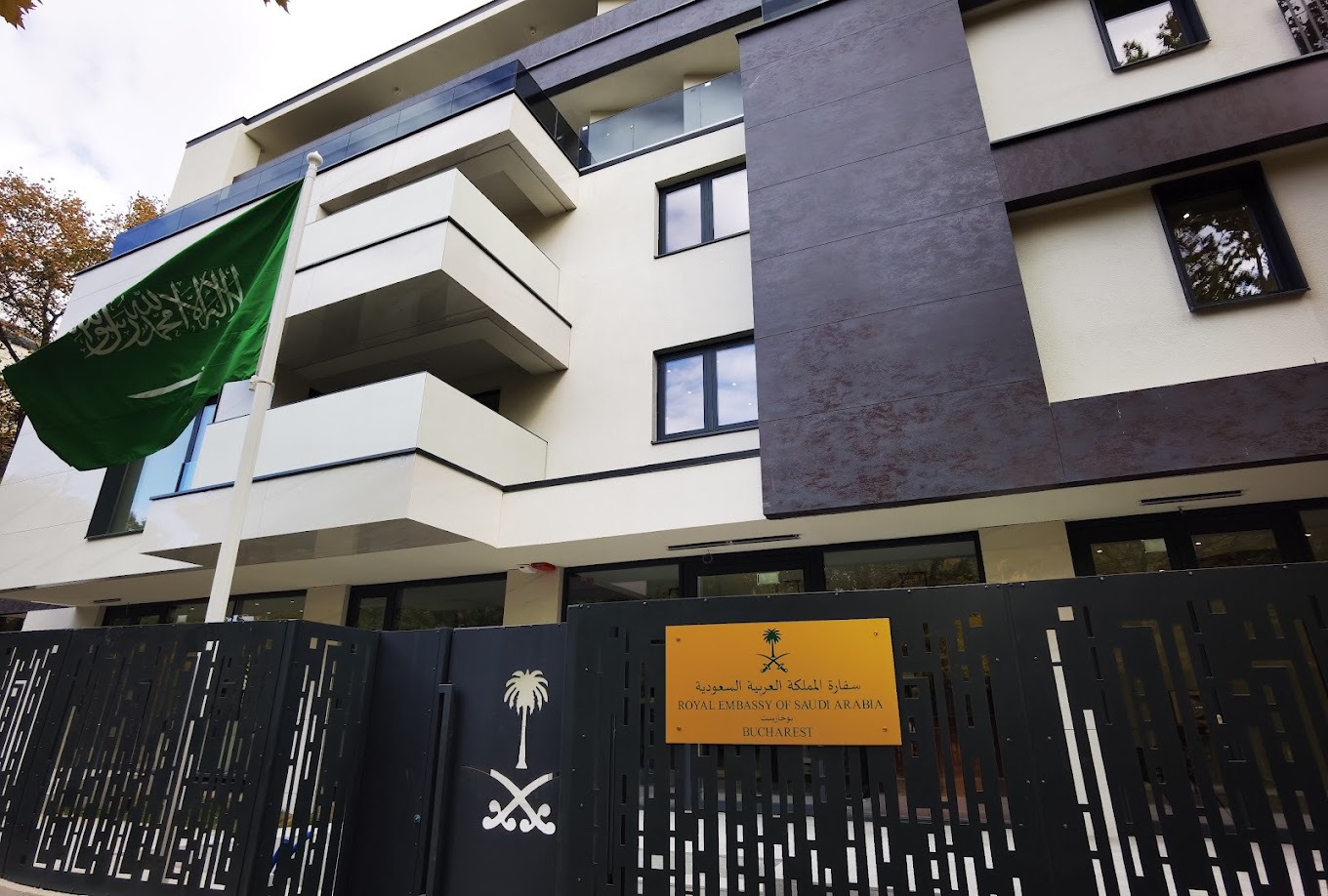 Bucharest, January 2023: The Embassy of the Saudi Arabia in Bucharest relocates its Official Headquarters in an iconic building in Dorobanti area, one of the exclusive locations in the city, benefitting from an easy accessibility and a great exposure, very important features for a Diplomatic Mission, in a transaction advised by the real estate consultancy … Continued

THE INCREASE OF LABOR ELECTIVITY COSTS PLACES ROMANIA ON THE 8TH POSITION IN TERMS OF THE MOST ATTRACTIVE MANUFACTURING MARKETS IN EUROPE, AFTER THE CZECH REPUBLIC, POLAND OR HUNGARY 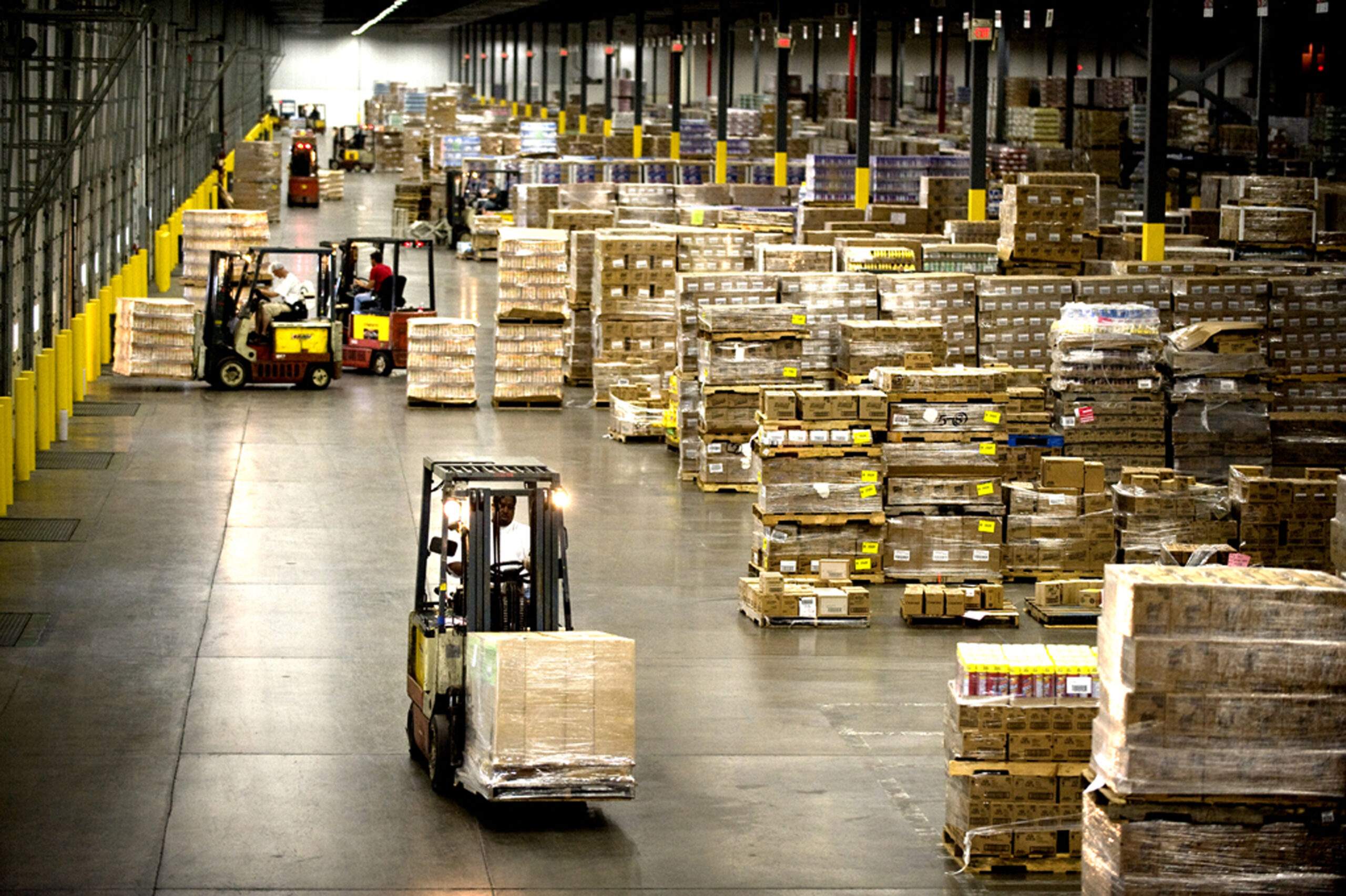 Bucharest, December 2022: The increase of labor, real estate and energy costs places Romania on the 8th position in terms of the most attractive manufacturing markets in Europe, after countries such as the Czech Republic, Poland, Hungary or Portugal, while also being ranked 22st globally, according to the Manufacturing Risk Index 2022 study, performed by … Continued 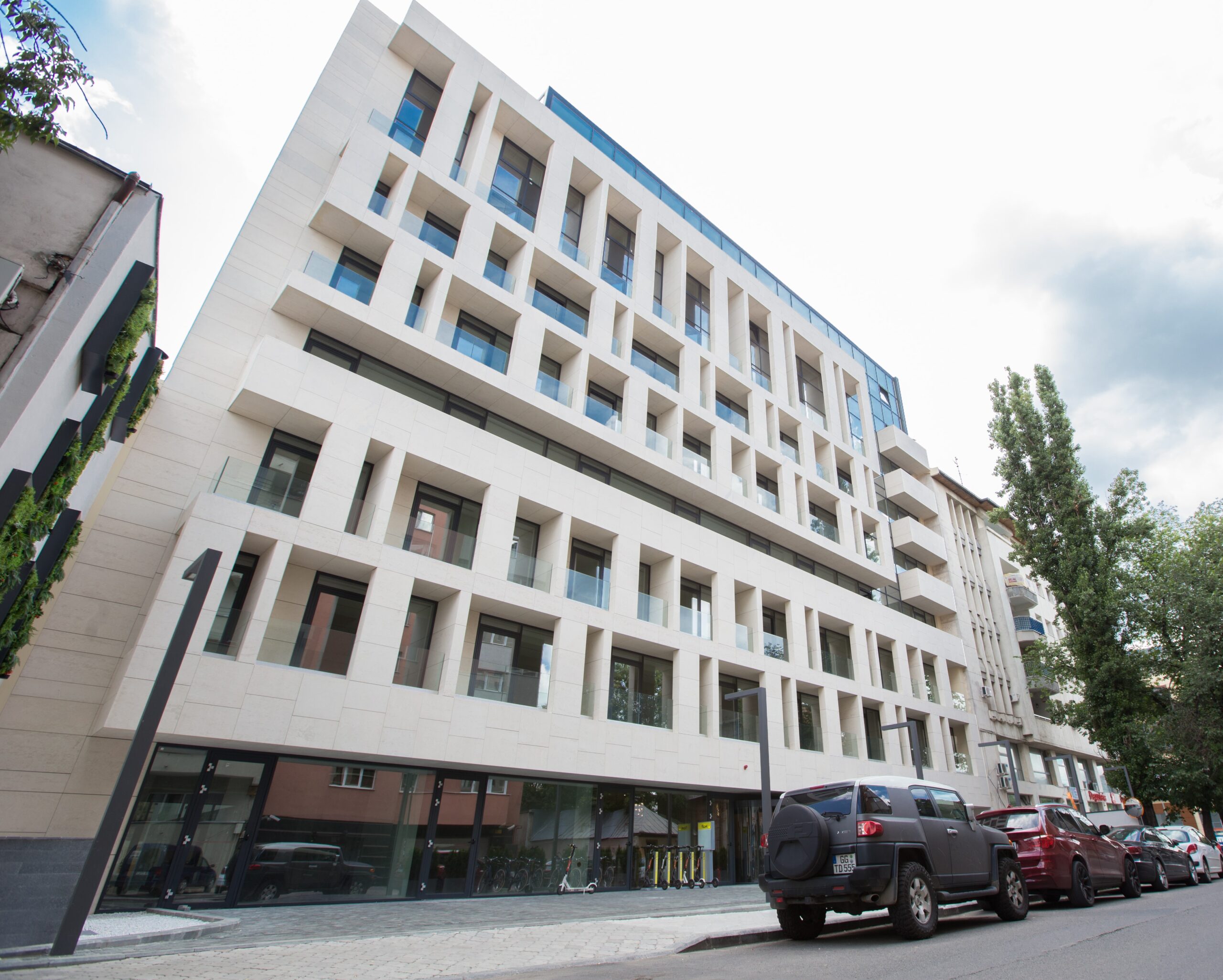 Bucharest, December 2022: The Eminescu Offices building, developed by Akcent Development in the central part of the Capital City and managed by the Asset Services team of Cushman & Wakefield Echinox, completes its tenant mix by attracting the delivery platdorm Bringo whithin the project. Bringo has leased ​​an area of 600 square meters within the … Continued

NEW YORK’S FIFTH AVENUE CROWNED WORLD’S MOST EXPENSIVE SHOPPING STREET; BUCHAREST HAS MOVED UP ONE POSITION, AND IS PLACED JUST BEHIND WARSAW 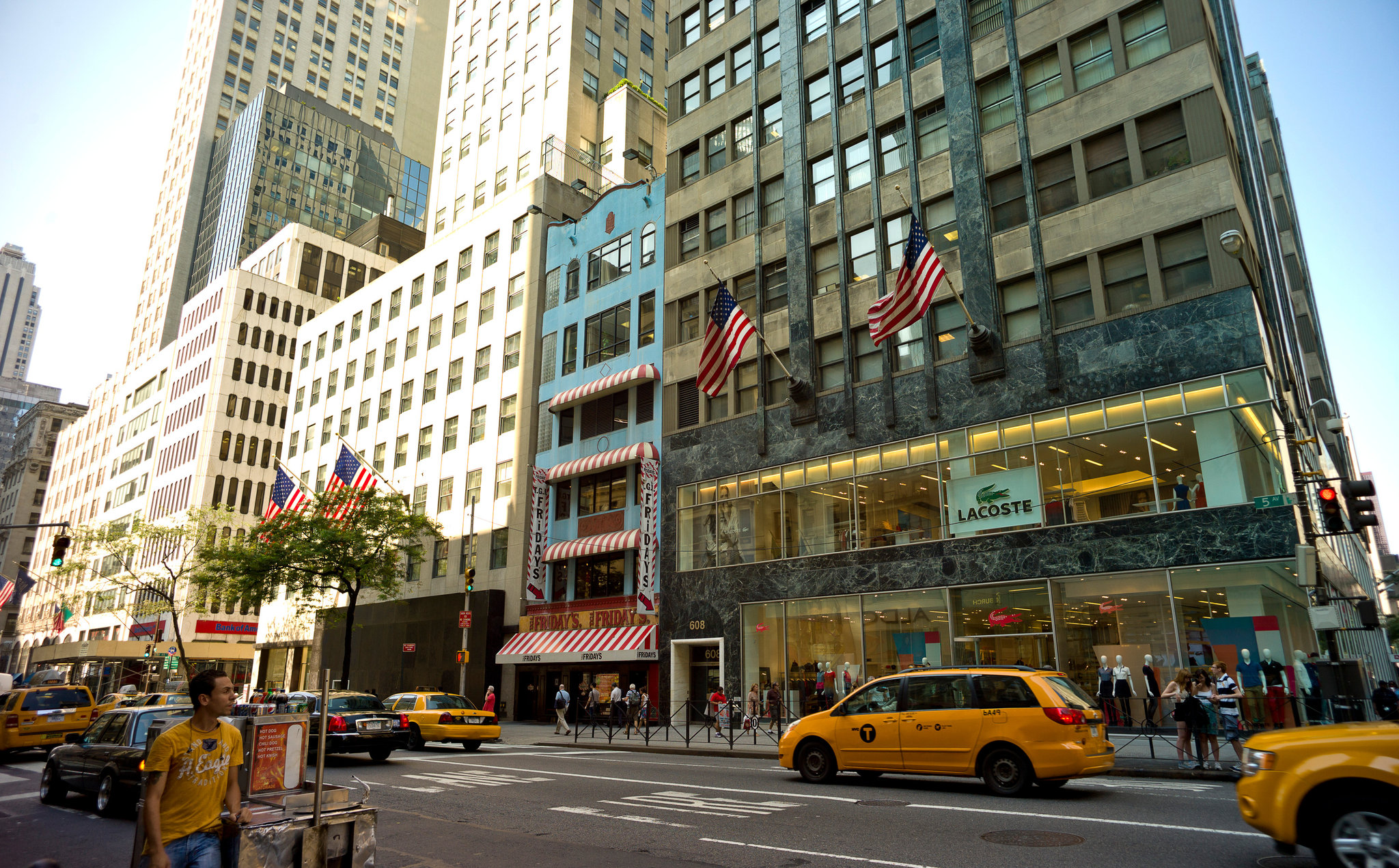 THE CUMULATIVE TURNOVER OF THE 6,000+ STORES OPERATED BY LARGE RETAILERS IN ROMANIA INCREASED BY 20%, MORE THAN THE INFLATION RATE AND THE NATIONAL CONSUMPTION GROWTH 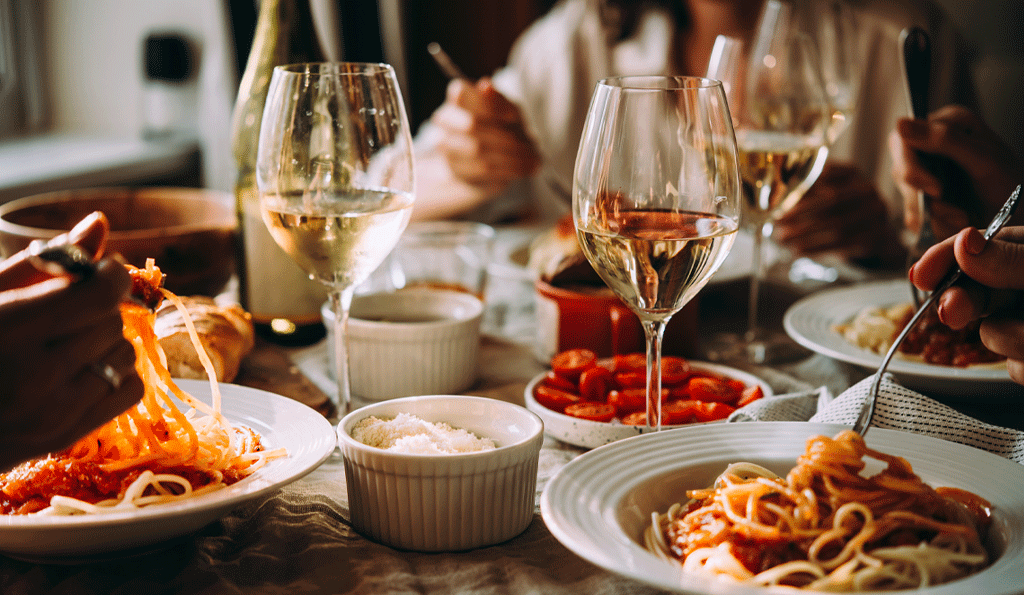 Bucharest, November 2022: In 2021, the large retail chains recorded a cumulative turnover almost 20% higher than the corresponding one for 2019 (the last fully operational pre-pandemic year), an increase 60% above the consumption growth rate pertaining to the last two years (12.5%), and over the total inflation registered in the 2020 – 2021 period … Continued 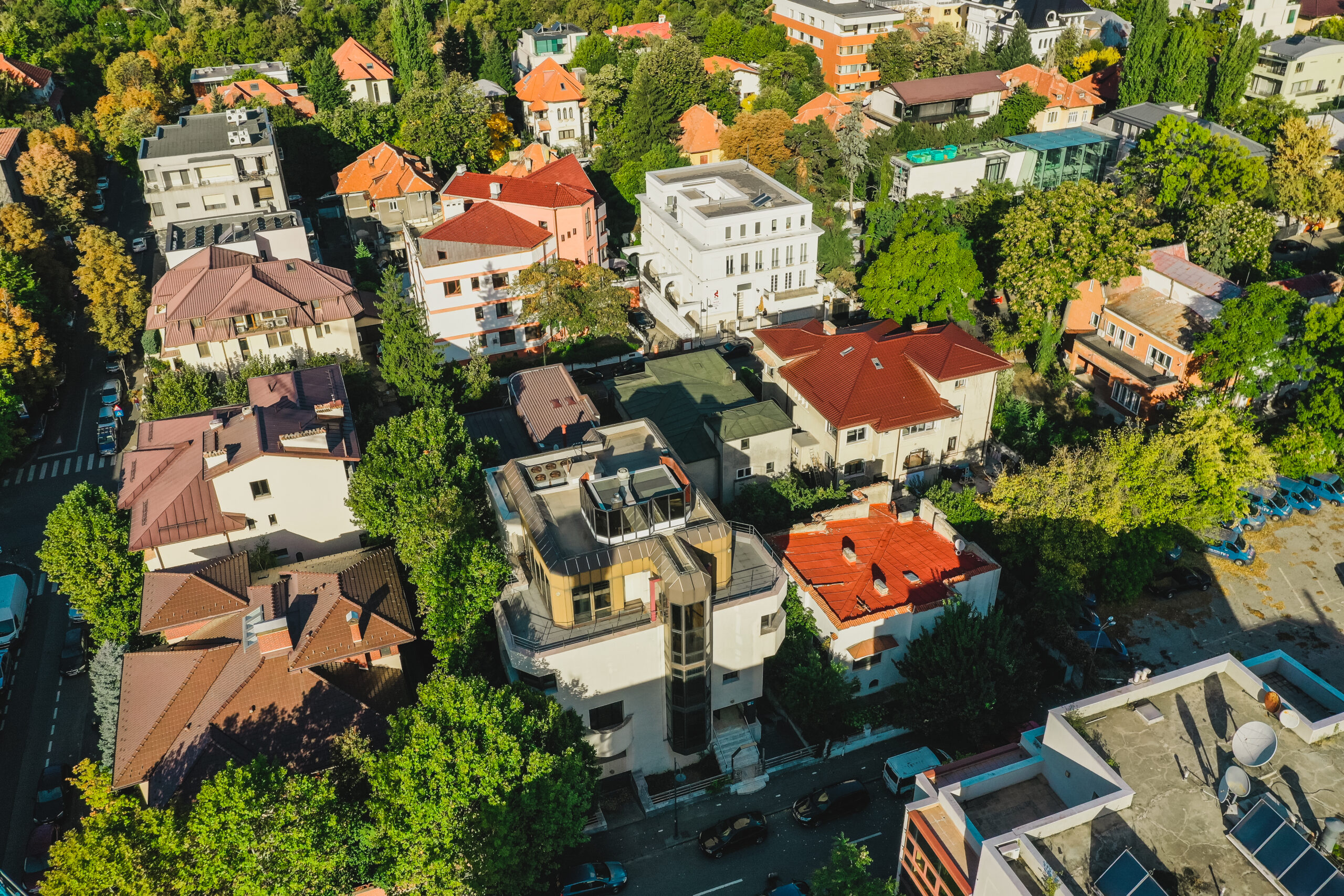 Bucharest, November 2022: Income-producing properties are becoming an increasingly appreciated option for Romanian or foreign private investors who have previously been mainly active in the residential sector and who are now targeting “trophy” assets. Their focus is currently on all market segments – office, retail, industrial or hospitality, as the allocated budgets start from 2-3 million … Continued

THE OFFICE RENTS IN BUCHAREST, ALTHOUGH INCREASING THIS YEAR ARE STILL AMONG THE LOWEST IN EUROPE, THUS ATTRACTING NEW IT&C COMPANIES 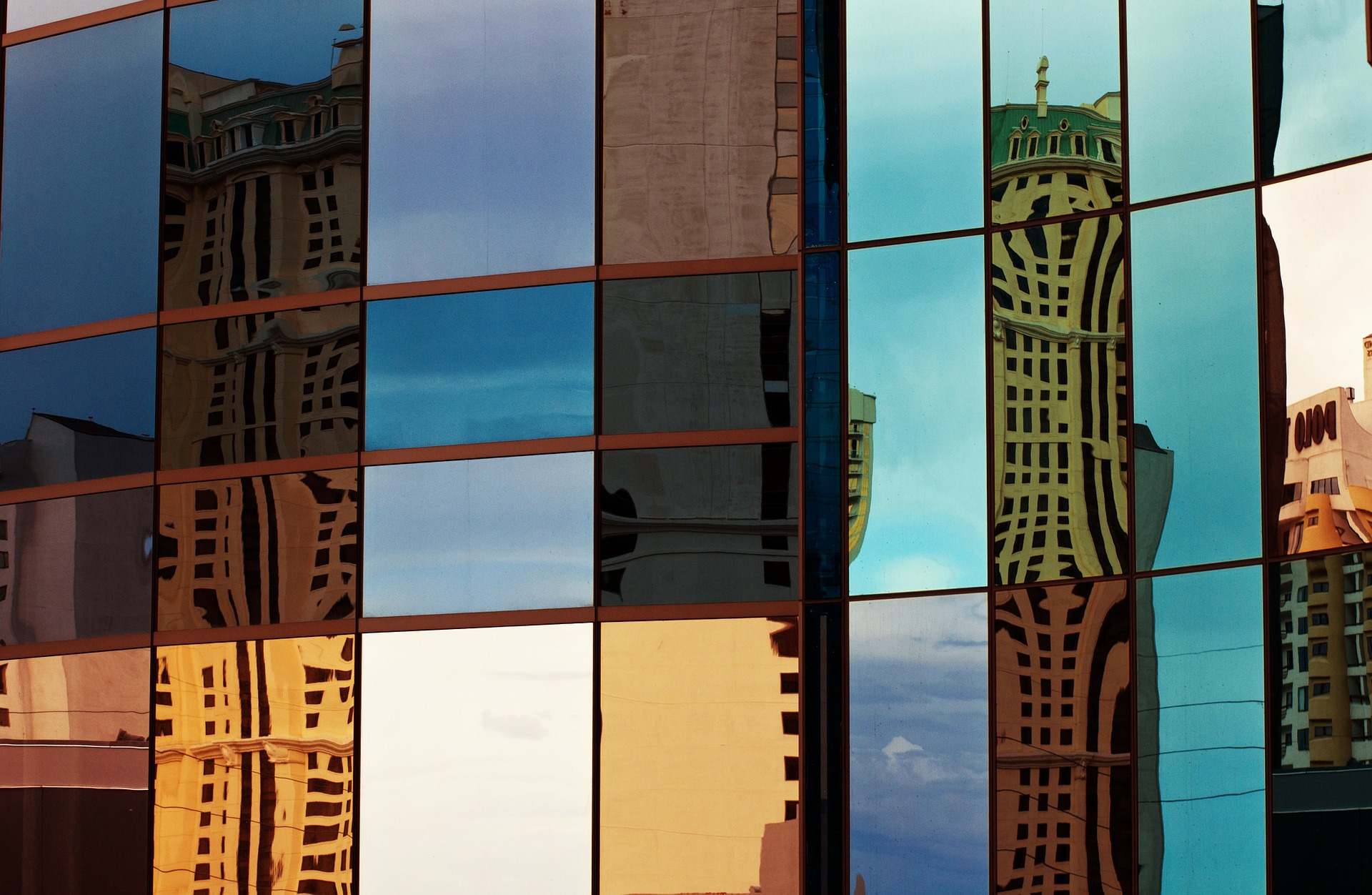 Bucharest, November 2022: The office rents in Bucharest are among the lowest both at regional and continental levels, an aspect which, along with the workforce availability and the competitive salary costs, represents a major point of attraction for tech companies, according to data from the Cushman & Wakefield Echinox real estate consultancy company. Therefore, even though … Continued

DEMAND FOR LOGISTICS AND INDUSTRIAL SPACES AT MAXIMUM LEVELS; ROMANIA NEEDS TO IMPLEMENT POLICIES TO SUPPORT THE DIVERSIFICATION OF THE BUSINESS AREAS WHICH COULD GENERATE ADDITIONAL DEMAND 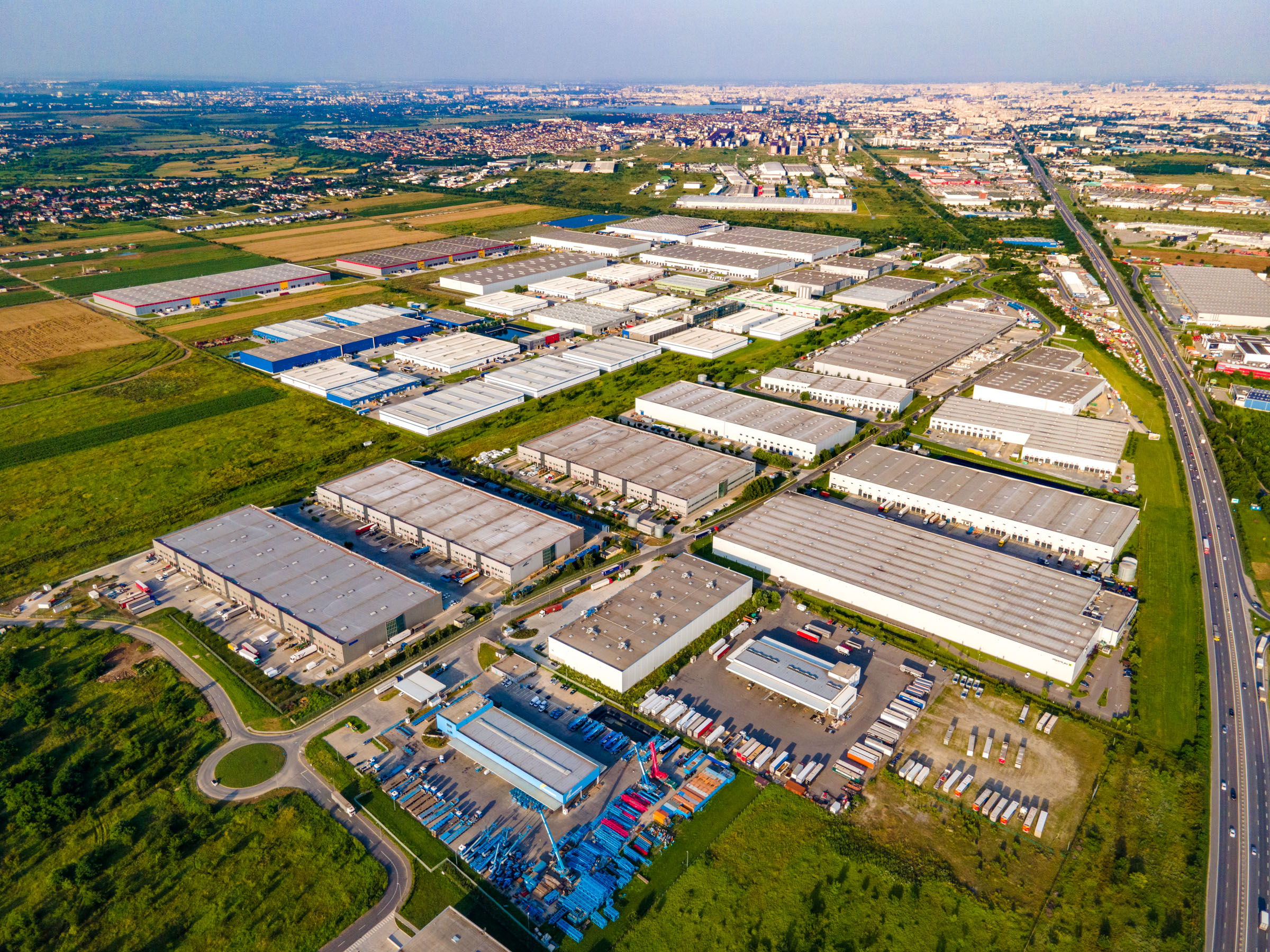 Bucharest, November 2022: The demand for logistics and industrial spaces is close to registering a new record in 2022, a matter which is reflected in the vacancy rate, a rate of 4.3% (one of the lowest in the last decade) at the end of Q3, according to the Cushman & Wakefield Echinox real estate consultancy … Continued

CUSHMAN & WAKEFIELD ECHINOX: THE REAL ESTATE AND CONSTRUCTION SECTOR HAS ATTRACTED AROUND 12 BILLION EUROS OF FOREIGN DIRECT INVESTMENTS IN THE LAST 10 YEARS 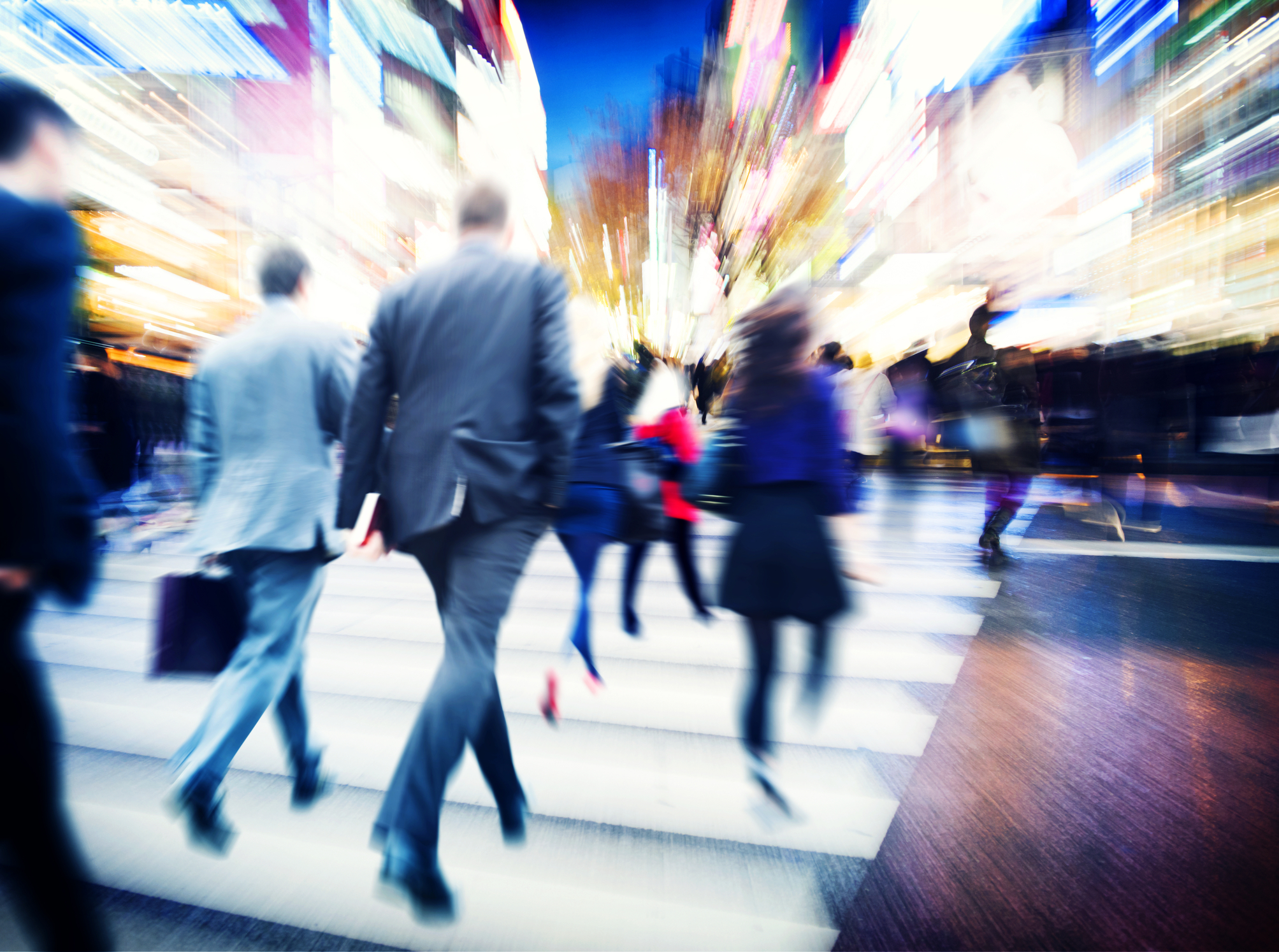 Bucharest, October 2022: The real estate and construction sector has attracted around 12 billion euros of foreign direct investments (FDI) in the last ten years, as the share of this economic activity in the overall FDI stock increased to a level of 17.4% at the end of 2021, compared with 9.2% in 2012, according to … Continued 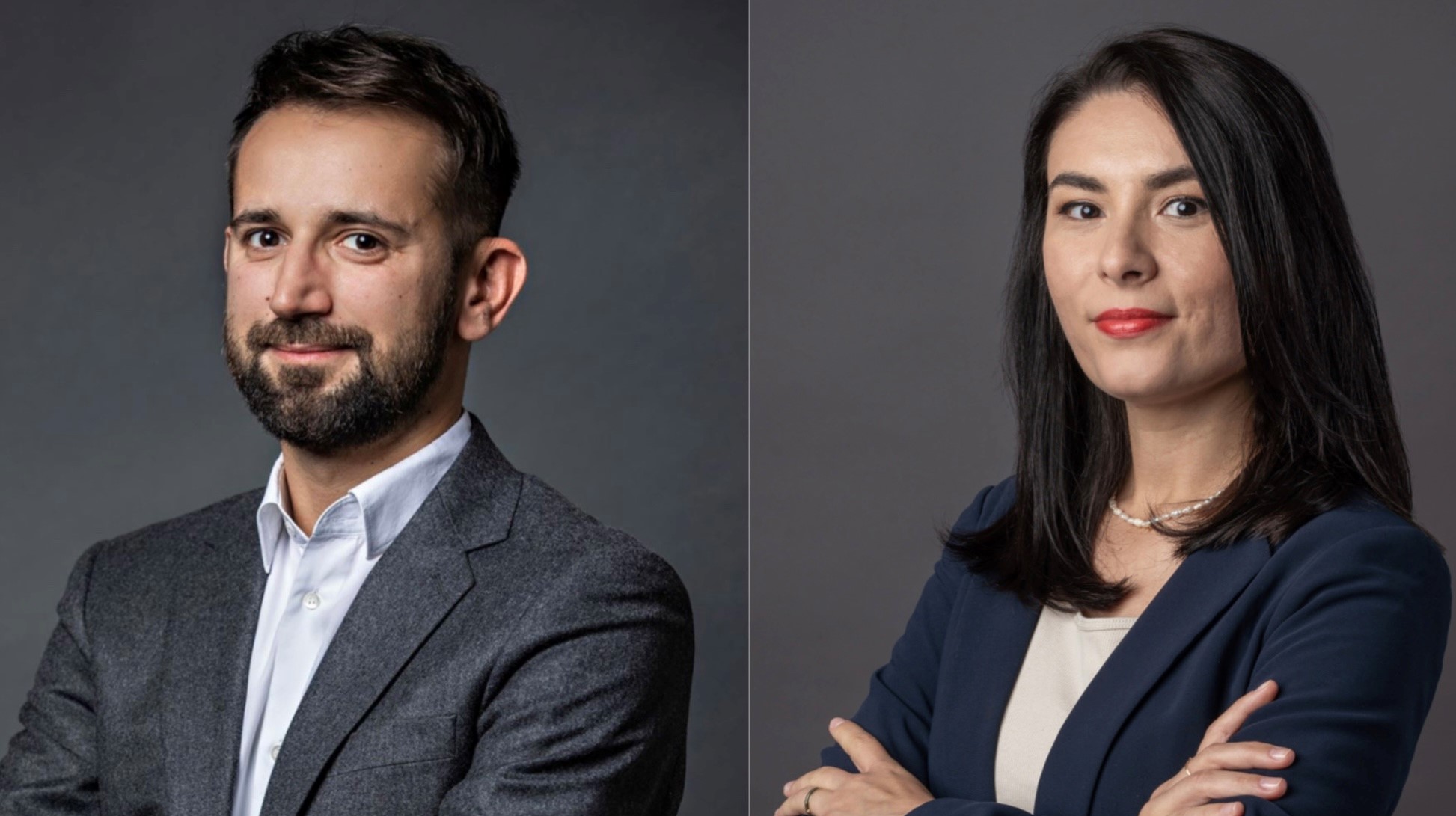 Bucharest, October 2022: The Cushman & Wakefield Echinox real estate consultancy company announces new management promotions, by appointing Bogdan Marcu as Partner Capital Markets and Dana Radoveneanu as Head of Retail Agency. Bogdan Marcu has been working at Cushman & Wakefield Echinox since 2008 and in 2014 he was promoted as Head of Retail, a … Continued

DEVELOPERS ACQUIRED LAND PLOTS WHICH ALLOW THE CONSTRUCTION OF OVER 30,000 RESIDENTIAL UNITS IN BUCHAREST DURING THE PAST 2.5 YEARS

Bucharest, September 2022: Land transactions pertaining to future real estate developments with a total value of EUR 720 million were closed in Bucharest in the 2020 – H1 2022 period, a level almost double compared with the five previous semesters (H2 2017 – 2019), thus illustrating the strong appetite for real estate projects even in … Continued

THE PRIMARY REASON WHY EMPLOYEES GO TO THE OFFICE IS TO MEET THEIR COLLEAGUES; COMPANIES SPEND OVER 10,000 EUROS PER MONTH TO CREATE A CONTEXT FOR SOCIALIZING 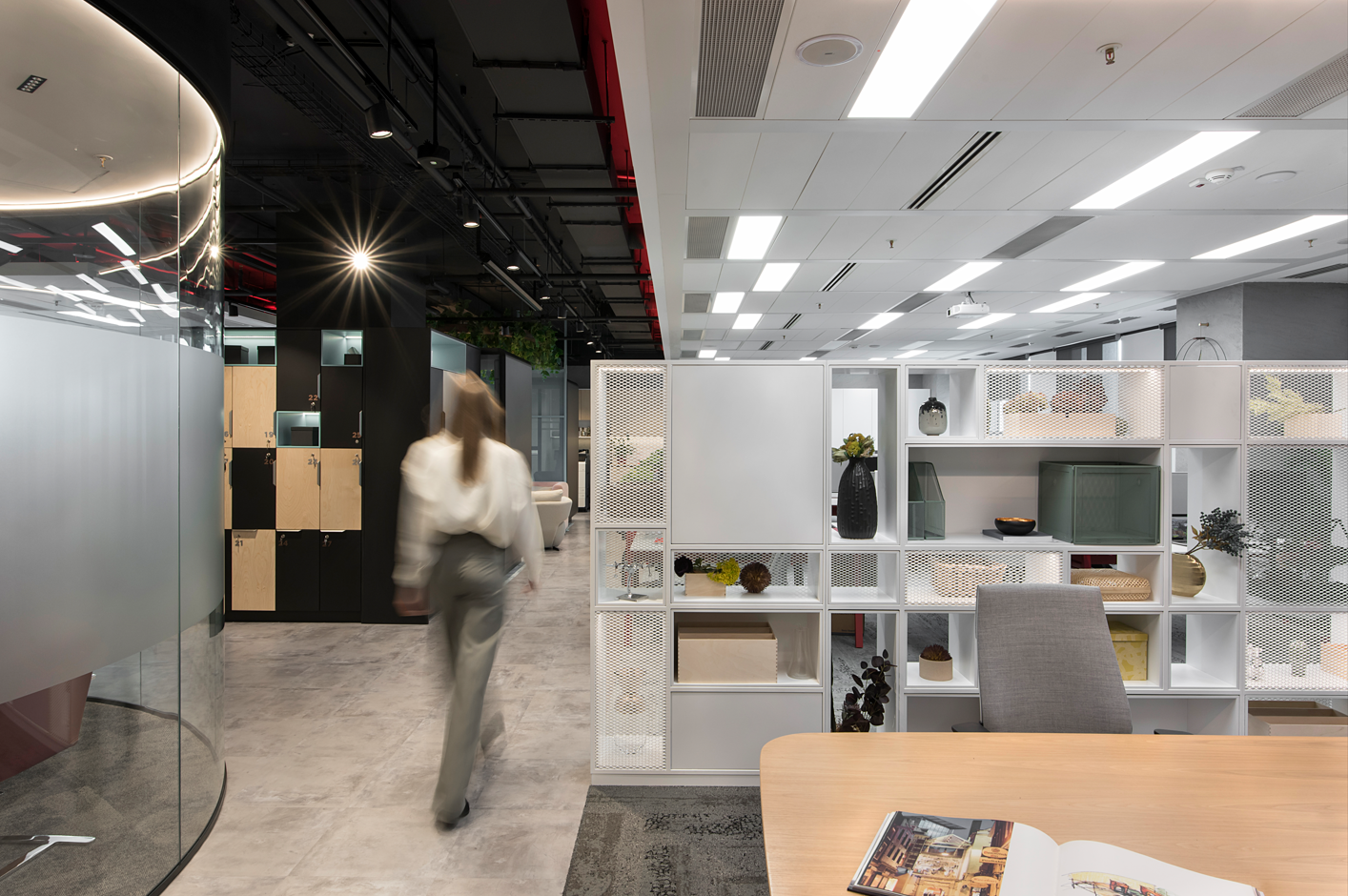 Bucharest, September 2022: The hybrid work model is here to stay, but with it becoming mainstream, the employees’ reasons for going to the office have shifted towards socializing, collaborating and connecting with their fellow workers, and also achieving a solid work-life balance. In this context, companies are now concerned with creating the best conditions to … Continued

THE CINEMATOGRAPHIC MARKET HAS STARTED THE RECOVERY AFTER THE PANDEMIC, WITH THE NUMBER OF VIEWERS AND THE REVENUES OF THE OPERATORS INCREASING 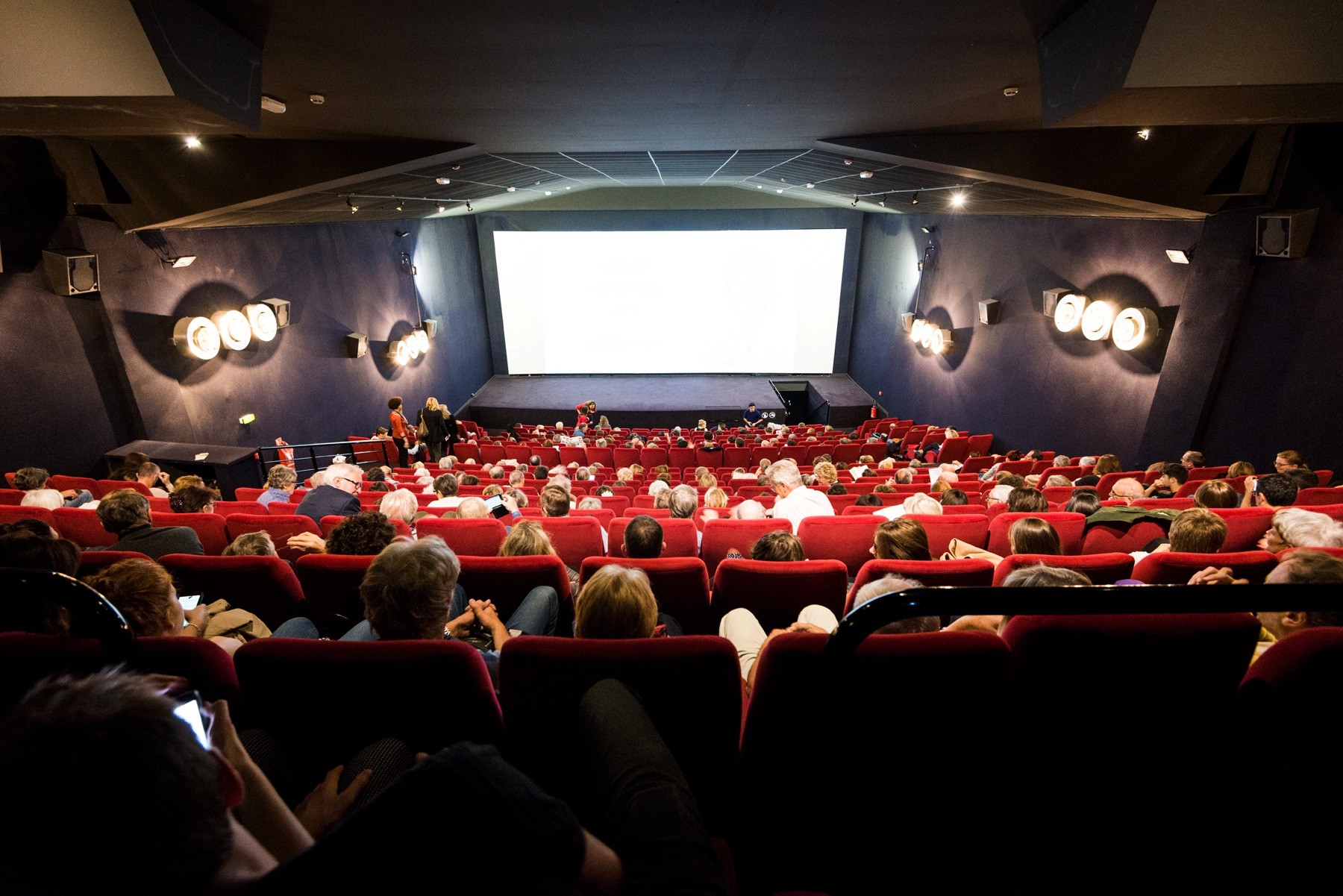 Bucharest, September 2022: The Romanian cinematographic market has started the recovery from the declines faced during the pandemic but is still far from the figures recorded between 2016 and 2019. The high demand for movies after a long period of restrictions is likely to propel the cinema sector to pre-pandemic levels in terms of viewers. … Continued 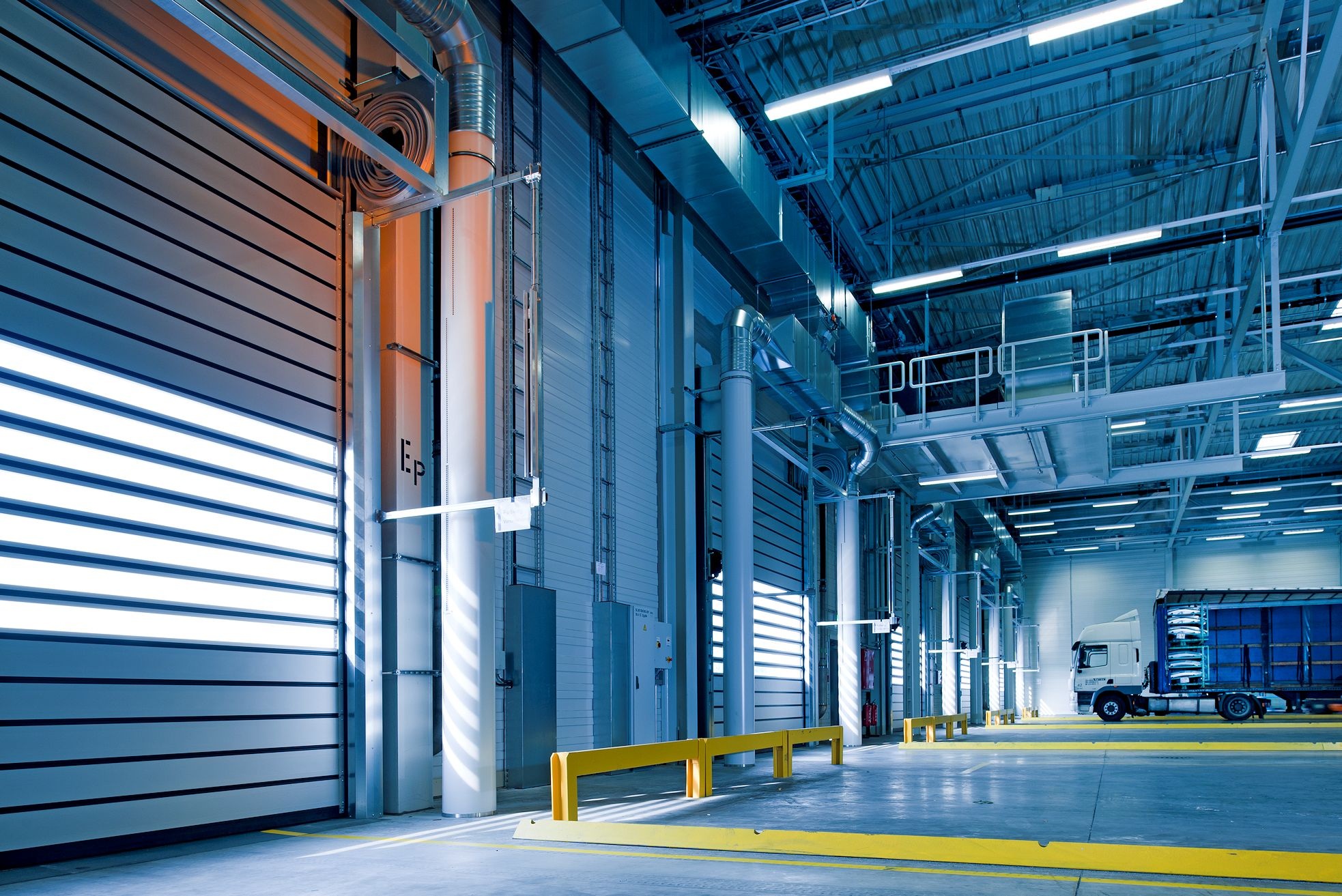 Bucharest, July 2022: 542,000 sq. m of industrial and logistics spaces were leased in H1 2022, a 50% increase compared with the same period of 2021, according to data from the Cushman & Wakefield Echinox real estate consultancy company. The volume transacted in Q2 was of approximately 240,000 sq. m, which was added to the … Continued

INFLATION AND THE REAL ESTATE MARKET: THE RESIDENTIAL, INDUSTRIAL AND RETAIL SECTORS ARE THE MOST EXPOSED, WHILE THE OFFICE SEGMENT REMAINS THE MOST RESILIENT 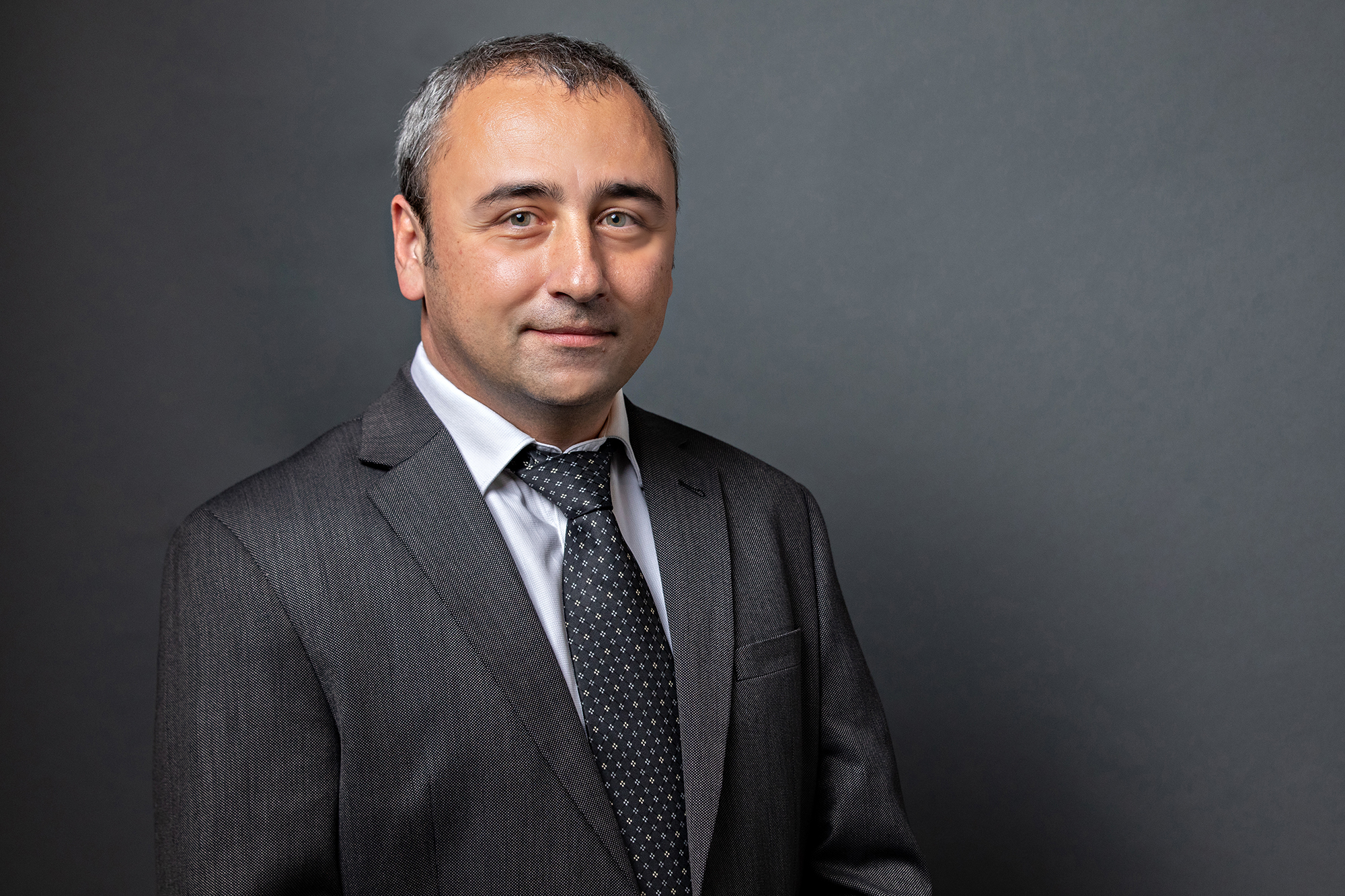 Bucharest, July 2022: Inflation has become a hot topic for the real estate market, as all players in the industry (tenants or investors), are experiencing the effects of rising prices in one way or another, the most exposed sectors to the inflationary pressures being the residential, industrial and retail ones, with a lot more resilience … Continued 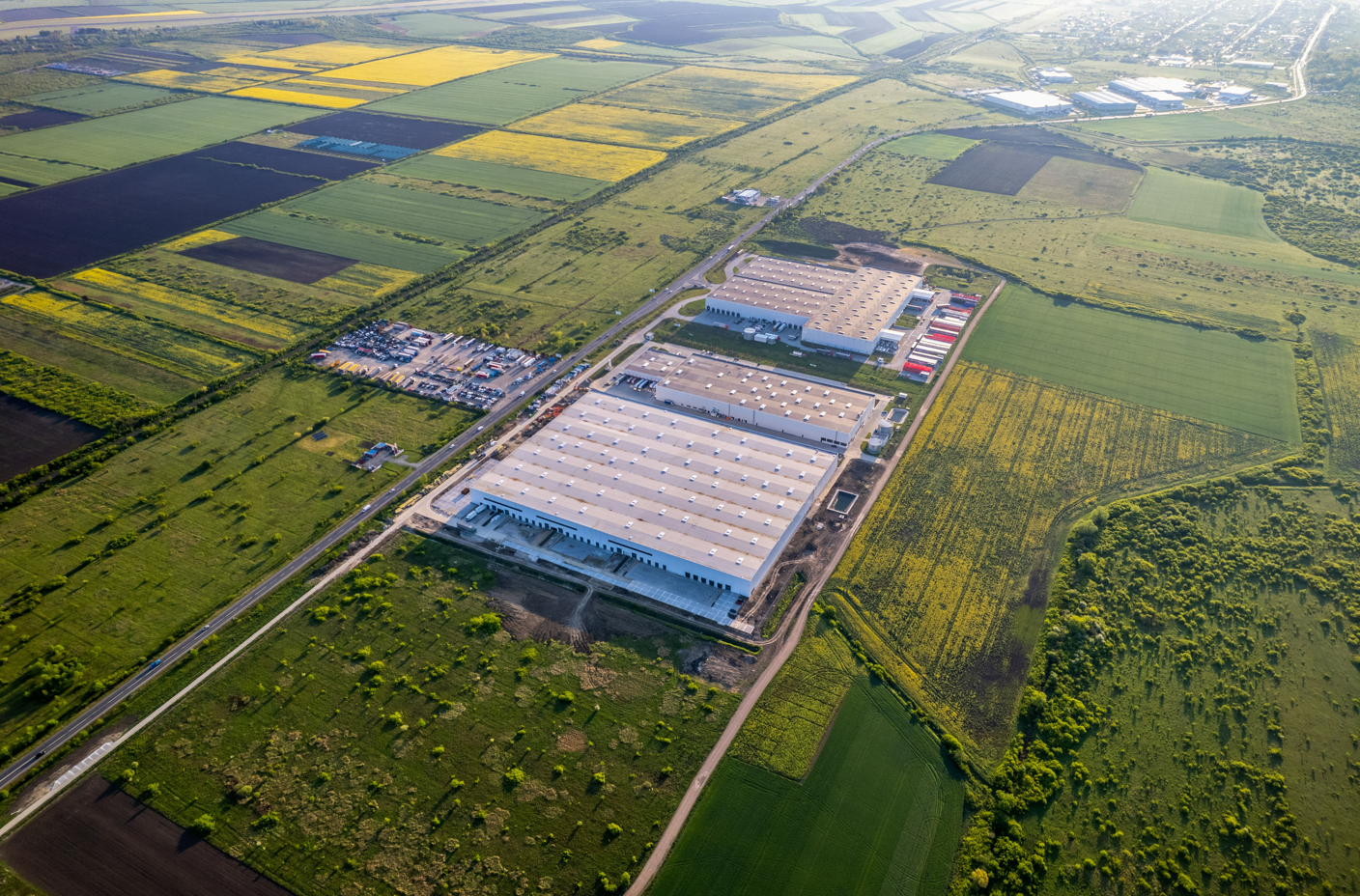 DEVELOPERS CONTINUE THEIR INVESTMENTS, AS OVER 500,000 SQ M OF RETAIL SPACES ARE PLANNED OR UNDER CONSTRUCTION IN ROMANIA; LIMITED PIPELINE IN BUCHAREST 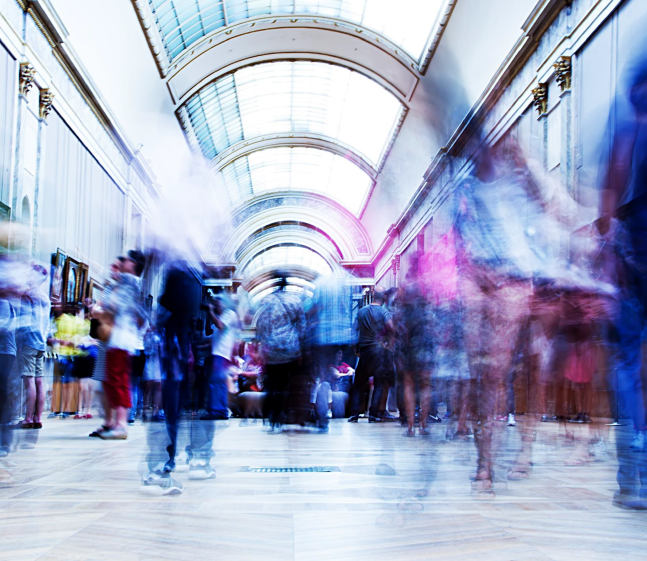 Bucharest, June 2022 – Real estate developers continue to expand their portfolios of retail projects in Romania, ​​over 500,000 sq. m of new spaces being announced for the next 4 years, with 10 of the pipeline projects each having more than 10,000 sq. m, according to the Bucharest Retail Market and the Romania Retail Regional … Continued

Bucureşti, June 2022: ENEVO Group moves its office within the AFI Lakeview owned by AFI EUROPE and located in the Floreasca-Barbu Vacarescu area in Bucharest, one of the main office hub in the country, in a transaction brokered by the real estate consulting company Cushman & Wakefield Echinox. ENEVO Group of companies covers a diverse … Continued 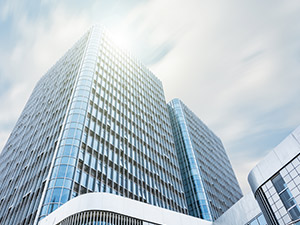 Bucharest, August 2022: There has only been one office delivery in Q2 2022 in Bucharest, namely the second building (25,000 sq. m GLA) of the AFI Tech Park project located in the Center – West submarket, with the total office stock in Bucharest reaching 3.3 million sq. m. This delivery pushed forward the Center-West area … Continued

THE APPETITE FOR REAL ESTATE INVESTMENTS CONTINUES TO BE HIGH; TRANSACTIONS OF AROUND 1.2 BILLION EUROS ARE IN VARIOUS STAGES OF NEGOTIATION

Bucharest, August 2022: Real estate investment transactions which amount to around 1.2 billion euros are currently in various stages of negotiation, the appetite for income-generating assets remaining at high levels, according to data from the Cushman & Wakefield Echinox real estate consultancy company. Since the beginning of the year, the total investment volume reached over … Continued 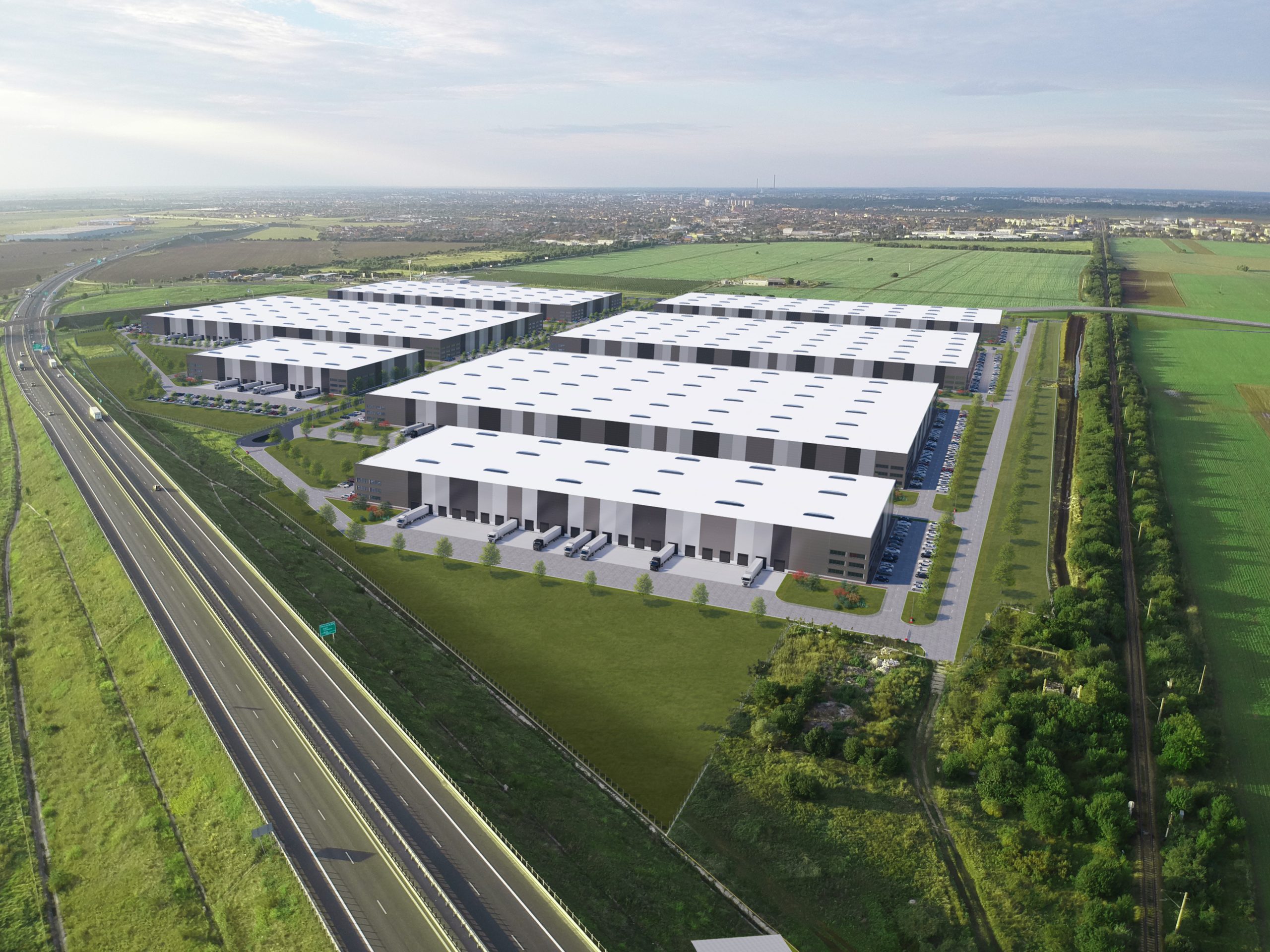 Bucharest, May 2022: Cushman & Wakefield Echinox  consolidates the Asset Services department by appointing Roxana Nicolae as Workplace Manager. Roxana Nicolae has 17 years of experience in Integrated Facilities Management for corporate clients, such as Bitdefender, Adobe or Superbet. In her new role, Roxana will coordonate the Integrated Facilities Management services for Cushman & Wakefield Echinox’s … Continued