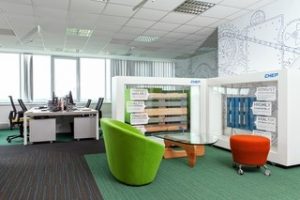 CHEP Romania, part of the Brambles group, relocated to the Floreasca Tower in Bucharest, signing a lease on 400 sqm of office space. DTZ Echinox brokered the transaction. CHEP Romania’s new headquarters will allow the company to optimize its transport routes between its main warehouse in Ploiesti and its customers. Floreasca Tower, owned by Uniqa Real Estate, is now 95 percent leased. Read more on www.cijeurope.com