DTZ: LAND TRANSACTION, ON THE RISE AGAIN IN BUCHAREST: DOUBLED VALUE IN THE FIRST QUARTER 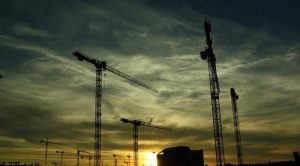 The value of the transactions with land for commercial destination in Bucharest reached in the first quarter EUR 35 million, a double value compared to the same period of 2015, the largest operation being made by the Sweden’s investor Vastint, which bought 48 ha of land in Băneasa – Sisești for a mixed-use project (mainly residential), according to DTZ Echinox.  ”The dominant retailers – „big box” type operators- continue to have expansion plans in Bucharest and they will be among the most active buyers in 2016 … Read more on www.warehouseinfo.ro