During the last decade, after the EU accession, the (urban) Romanians have continuously developed, becoming sophisticated consumers. In 2006, the Romanian airports traffic was 5.5 million people, while in 2016, the traffic reached 16.4 million people. This constantly increasing flow, including (despite the poor development) the roads traffic determined a permanent exchange of information that has shaped attitudes and changed behaviors.

20 years ago, eating at McDonald’s was a reason for celebration in Romania. 15 years ago, jogging in the parks of Bucharest was considered rather odd. Meanwhile, parks have become crowded with runners, while fitness centers have spread throughout the city, to be closer to their customers, as they are more active and interested in keeping a healthy lifestyle. You can still find queues in front of McDonald’s shops, but the gourmet offer has diversified a lot in Bucharest and the other major cities in the country. Even shopping centers have included “à la carte” restaurants in their mix of tenants, alongside the traditional fast food chains.

However, there is still room for development. “The main focus of the modern food hall is on quality and authentic food offered by a mix of vendors.” This is the Cushman & Wakefield consultant’s definition of Food Halls, a concept that has boomed in the United States over the last decade and has begun to “contaminate” the markets of Western Europe and Australia.

Only in 2016, 35 new food halls with a cumulated area of over 70,000 square meters were scheduled to open in the United States.

In the United States, the number of food halls has exceeded the threshold of 100, New York being the most active market with about 20 locations. Only in 2016, 35 new food halls with a cumulated surface of over 70,000 square meters were scheduled to open in the United States, according to Cushman & Wakefield data.

In Romania’s major urban areas, there has been a fierce concept competition between restaurant operators, as they were trying to meet the demands of the increasingly sophisticated clients we have mentioned above. Trattorias and restaurants, steakhouses, French cuisine and patisseries, sushi bars, raw vegan or burger bars, along with other concepts that seek to address food in a more original way, have found place in Bucharest and in other big cities.

Unfortunately, just about all concepts found their own place independently. In Bucharest, some operators chose the old city center, the main destination for foreign tourists. Actually, on my last visit in the old city, I have heard more people speaking English, French and Spanish than Romanian. Another category of restaurants focused on Soseaua Nordului, on the shore of Herastrau Lake. Otherwise, there are villas spread throughout the central areas of the city, units located either at the ground floor or at the top floor of office buildings, where each restaurant operator “fights” for itself.

The food hall brings under the same roof diverse concepts, as original as possible, some traditional, creating synergies and new destinations. Contracts with flexible lease term, shorter than traditional restaurant locations and common seating facilities (as in the case of food courts) are amongst the aspects appreciated by restaurant operators in American food halls, a market where consumers spend more on food in restaurants than in stores or supermarkets.

The food hall brings under the same roof diverse concepts, as original as possible, some traditional, creating synergies and new destinations.

Where could the first food halls emerge in Romania?

Local restaurant operators are already “flirting” with this idea. Boutique du Pain owners will open this year, in autumn, Boutique Food Hall concept in The Bridge office building. An area of 1,000 square meters will host different kitchens for burgers, pizza and salad bar, Asian and Mediterranean cuisine, but unlike a traditional food hall, all these products will be produced by the same operator.

Another possible food hall location is Piata Floreasca, the area that stands out through a varied and highly appreciated culinary offer, with restaurants like Vacamuu, Divan, Entourage, Vivo, Rue du Pain, Rawdia, Yoshi or Grano. A part of the building that includes Floreasca market, is currently undergoing a vast renovation process and the owners plan to consolidate their position on the food & beverage market.

Central areas, such as the Piata Amzei or the Atheneum surroundings also have potential for developing new culinary concepts. A property like the former ‘Cina’ restaurant could accommodate a complex gastronomic experience through a combination of size / critical mass and strong historical touch. However, the buildings’ specifications and the urban planning make it hard to accommodate a food hall development in the central area of Bucharest.

Central areas, such as the Piata Amzei or the Athene surroundings, also have potential for developing new culinary concepts.

Under these circumstances, shopping centers remain the most suitable and accessible option for developing such a concept in Romania, considering as well the fact that on the Western markets the online commerce growth is strongly affecting the traditional stores’ turnover, thus affecting the overall performance of the shopping centres. Malls have to keep up and to offer new experiences to differentiate. Throughout history, the need for food has driven expeditions over mountains and oceans. Who will take the first step towards the food hall? 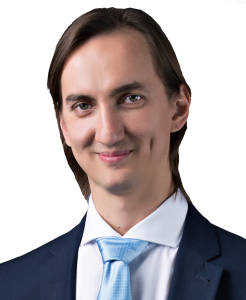