Bucharest, May 2022: Cushman & Wakefield Echinox  consolidates the Asset Services department by appointing Roxana Nicolae as Workplace Manager. Roxana Nicolae has 17 years of experience in Integrated Facilities Management for corporate clients, such as Bitdefender, Adobe or Superbet. In her new role, Roxana will coordonate the Integrated Facilities Management services for Cushman & Wakefield Echinox’s … Continued

BUCHAREST METRO TRAFFIC DOUBLED IN MARCH AFTER THE PANDEMIC RELATED RESTRICTIONS WERE LIFTED; EMPLOYEES ARE GRADUALLY RETURNING TO THE OFFICE

Bucharest, May 2022: The number of metro passengers increased by 53% in Q1 2022 compared with the same period of 2021, a record for the last two years being registered in March, once the pandemic related restrictions were lifted, which indicates a gradual resumption of activity in the Bucharest office buildings, according to an analysis … Continued

DEMAND FOR INDUSTRIAL AND LOGISTICS SPACES INCREASED BY 50% IN THE FIRST QUARTER. 2022 COULD SET A NEW TRANSACTIONAL RECORD 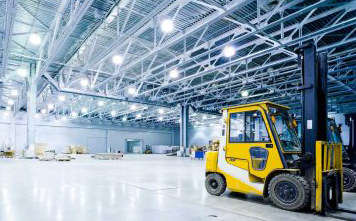 Bucharest, May 2022: The leasing of industrial and logistics spaces increased by 50% in the first quarter of 2022 compared with the same period of last year, exceeding the 300,000 square meter threshold, thus creating the premises for a new record year in terms of demand for this type of spaces, according to the Cushman … Continued

MORE THAN 72,000 DWELLINGS WERE DELIVERED IN 2021 IN ROMANIA, A RECORD LEVEL SINCE 1989; INCREASED PRESSURE IN 2022 DUE TO THE MANY UNCERTAINTIES WHICH MAY REDUCE BOTH DELIVERIES AND TRANSACTIONAL VOLUMES

Bucharest, April 2022: 72,522 units were delivered across Romania in 2021, a record level on the residential market since 1989, marking a 7% increase compared with 2020, according to an analysis performed by the Cushman & Wakefield Echinox real estate consultancy company based on county statistical data released by the National Institute of Statistics. An annual … Continued

Bucharest, April 2022: The valuation department of the Cushman & Wakefield Echinox real estate consultancy company appraised over 380 properties with a total value of 5.5 billion euros in 2021. The valuation department’s portfolio increased by 10% in terms of the number of properties, while the total value of the appraised assets increased by 40%, … Continued

AFTER TWO COMPLICATED YEARS OF COVID-19 RELATED ISSUES, THE LOCAL REAL ESTATE MARKET HAS BEEN ABLE TO NEUTRALIZE THE IMBALANCES CAUSED BY THE PANDEMIC

Bucharest, March 2022:  The local real estate market has rapidly adapted to the new social and business environment, largely countering the imbalances stemming from the restrictions imposed during the state of alert. Moreover, we can notice an upward trend in all market segments, even though there are still a few challenges, such as the increasing prices … Continued

THE CENTER-WEST SUB-MARKET IS SET TO BECOME THE MAIN OFFICE HUB IN BUCHAREST, OVERTAKING FLOREASCA-BARBU VĂCĂRESCU AFTER 8 YEARS

Bucharest, March 2022: The office stock in the Center-West area of Bucharest, near Politehnica University, will surpass the existing stock from Floreasca-Barbu Văcarescu (which has been the main office hub in Bucharest for eight years) in 2022, , according to data from the Cushman & Wakefield Echinox real estate consultancy company. The modern office stock in … Continued

PTC EXPANDS ITS ROMANIAN OFFICES AT RIVERPLACE, A PROJECT OWNED BY CA IMMO

Bucharest, March 2022: PTC has expanded its offices in Riverplace, a project owned by CA IMMO and located in the Politehnica area of Bucharest, thus occuping 4.800 square meters in the office project. The transaction was intermediated by the real estate consultancy company Cushman & Wakefield Echinox. PTC, operating in the IT&C industry, has renewed … Continued

DEVELOPERS CONTINUED INVESTING IN THE RETAIL MARKET IN 2021 AND DELIVERED 10 NEW PROJECTS, MOSTLY IN CITIES WITH LESS THAN 150,000 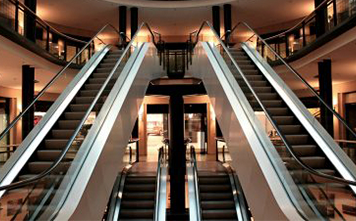 Bucharest, February 2022: Ten new retail projects have abeen completed in Romania in 2021, with a total GLA of ​​around 100,000 square meters, withsix of them, totaling 70,000 square meters, being delivered in Q4 2021. The developers’ interest has shifted mostly towards tertiary cities with less than 150,000 inhabitants, and also towards retail parks, according … Continued

THE LOGISTICS MARKET SHOWED AN IMPRESSIVE RESILIENCE DURING THE PANDEMIC, BENEFITTING FROM IMPORTANT CONSUMER CHANGES: A RECORD LEVEL OF OVER 1 MIL SQ M HAVE BEEN TRANSACTED IN 2021

Bucharest, February 2022: The local logistics sector has not only shown resilience during the pandemic, but went on to benefit from consumer and business reactions to the sanitary crises. Thus, the leasing activity in 2021 has exceeded the 1 million sq. m threshold for the first time in the market’s history. Net take-up accounted for over … Continued

DEVELOPERS CONTINUED INVESTING IN THE RETAIL MARKET IN 2021 AND DELIVERED 10 NEW PROJECTS, MOSTLY IN CITIES WITH LESS THAN 150,000 INHABITANTS

Bucharest, February 2022: Ten new retail projects have been completed in Romania in 2021, with a total GLA of ​​around 100,000 square meters, withsix of them, totaling 70,000 square meters, being delivered in Q4 2021. The developers’ interest has shifted mostly towards tertiary cities with less than 150,000 inhabitants, and also towards retail parks, according to … Continued

Bucharest, February 2022: World Class will inaugurate a new location in a space of 2,352 square meters within the One Cotroceni Park project, developed by One United Properties in Bucharest. The transaction was intermediated by the real estate consulting company Cushman & Wakefield Echinox. The new club – World Class One Cotroceni – is strategically … Continued

Bucharest, February 2022: The network of Mobile Vet veterinary clinics and Mobile Pet veterinary pharmacies opens on February 5th its clinic within the J8 Office Park project in Bucharest, following an investment of approximately 500,000 euros, according to the real estate consulting company Cushman & Wakefield Echinox, which intermediated the leasing transaction for the space owned by Portland Trust. … Continued

THE FINANCIAL, MEDICAL, IT&C AND RETAIL SECTORS, AMONG THE MOST ACTIVE ONES IN THE OFFICE LEASING MARKET

Bucharest, January 2022: The financial sector, medical service operators, the IT&C and retail companies were the most active tenants in the office leasing market in Bucharest last year, in terms of the average transaction size, according to the Cushman & Wakefield Echinox real estate consulting company. With an average transaction size of almost 2,000 sq. … Continued

BUCHAREST HOTEL MARKET STARTED THE RECOVERY AFTER THE IMPACT OF COVID-19, OPERATORS ARE LOOKING TO EXPAND THEIR NETWORKS IN THE CITY

Bucharest, January 2022: The Bucharest hotel market has the highest growth among CEE Capitals in terms of revenue per available room (RevPAR), mainly driven by occupancy, during last year as a result of lift/ease on travel related restrictions and the re-scheduled event from 2020 to 2021 (i.e. European Football Championship, concerts and other sport events). … Continued

ROMANIA, AMONG THE CENTRAL AND EASTERN EUROPEAN COUNTRIES WHERE THE REAL ESTATE TRANSACTIONAL VOLUME INCREASED IN 2021

Bucharest, January 2022: The volume  invested in real estate assets in Romania, Poland and Slovakia increased in 2021, while the Czech and Hungarian markets witnessed a downturn when compared with 2020, according to data from the  Cushman & Wakefield Echinox real estate consulting company. At regional level, the total transacted volume reached 9.98 billion euros, a … Continued

Bucharest, January 2022: Cushman & Wakefield Echinox announces the promotion of Vlad Săftoiu as Head of Research. In his new role, Vlad will coordinate the activity of Cushman & Wakefield Echinox’s Research department, being responsible for producing public reports pertaining to the real estate market and also personalized studies for the company’s corporate and private … Continued

THE ASSET PORTFOLIO UNDER MANAGEMENT INCREASED BY 28% THIS YEAR

Bucharest, December 2021: The Asset Services department of the Cushman & Wakefield Echinox real estate consulting company increased its property portfolio by 28% in 2021, reaching approximately 500,000 square meters of office, logistics and retail spaces, both in Bucharest and the other parts of the country, while a growth of 10-15% is also estimated for … Continued

Bucharest, December 2021: Cushman & Wakefield Echinox has appointed Cristi Moga as Head of Capital Markets. He will coordonate the activity of the team in charge with transacting real estate assets for investment purposes. Cristi joined Cushman & Wakefield Echinox (CWE) in October 2015 and in 2018 he was promoted as Head of Research. He has … Continued

Bucharest, November 2021: The Eminescu Offices building, developed by Akcent Development in the central part of the Capital City and managed by the Asset Services team of Cushman & Wakefield Echinox, completes its tenant mix by attracting a recovery clinic within the project. Empatio București has leased ​​an area of 200 square meters within the project, where … Continued

Bucharest, November 2021: Cushman & Wakefield Echinox consolidates the marketing and research teams by recruiting Cristina Lupașcu, with an experience of almost 20 years in media and real estate, as Director PR & Research. Cristina Lupașcu has worked in the media for 14 years, mostly within the Mediafax news agency, covering the real estate area, after … Continued